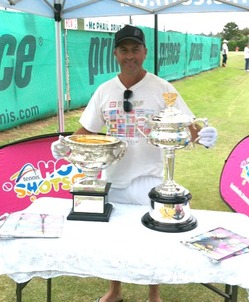 Nik began his tennis career as a top Australian Junior, ranked in Australia's top 8 in his age group from 12 - 16 years of age, and played in the Australian Open juniors at Kooyong in 1986.

In his final year of schooling, Nik was the 1987 Premiership Captain of Haileybury College in the Associate Public Schools of Victoria (APS) competition, and was also captain of the combined APS team that defeated AGS team (Associated Grammar Schools of Victoria).

Nik was also a talented footballer, representing Victoria in the Teal Cup in 1987 held in Tasmania. Nik was subsequently zoned to Melbourne Football Club and spent 3 years on their senior list from 1988-90. After this, Nik played from 4 years in the VFA, having the unique honour of spearheading back to back premierships at two different clubs in 1991 and 1992, at Dandenong and Sandringham respectively. Nik also finished as Sandringham's leading goalkicker in 1993. 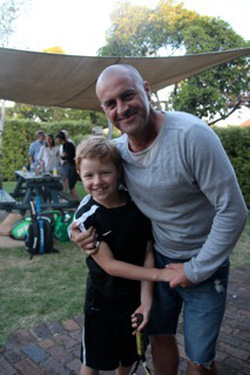 From 2008, Nik has been the specialist coach of the First 8 Tennis Team at Haileybury college. In this period, Haileybury has proven to be one of the leading APS school, being the current premiers, winning the 2015 and 2012 premierships and runner up in 2010 and 2013.

Nik is one of the very few coaches in the Bayside Area that has taken juniors from 5 years of age to the United States on College Scholarships. Alexandra Whitehead (University of North Carolina), Amy Shipperd (University of New Mexico) and Tilly Tench (University of Texas El Paso) are examples of players that learnt from a young age and graduated to the US Collegiate system.